Over the past two weeks I have been highlighting the tactics that, if executed, will increase your level of play, and ultimately help you reach your athletic potential. If you have yet to read part one and part two of my three-part ‘How to Improve Athletic Performance’ series, I highly recommend that you do before diving into this one. Part one can found here, while part two can be viewed here. 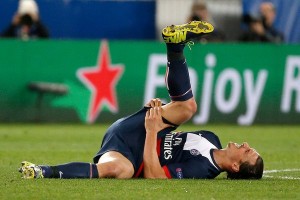 Although using preventative measures to reduce your risk of injury might not directly influence your performance, they do allow you to keep training, performing, and improving while minimizing setbacks. If you’ve had a recurring soft tissue injury as an athlete, chances are you have some sort of strength imbalance. A hard truth is that once an injury has occurred, you are at a higher risk for re-injury; which is why addressing your weaknesses is critical for staying healthy whether you’re in-season or not.

Far too often I hear athletes talking about an injury they have suffered from that caused he or she to see physiotherapist for treatment. Before you start thinking that I’m against physiotherapy, let me be clear. It’s not the therapy that’s the problem, (as a kinesiologist I am a firm believer/supporter of physio) it’s the fact that the athlete sustained an injury in the first place that’s the issue.

When I ask athletes about what he or she is doing to prevent an injury from happening again, there result is typically a blank stare. As if there’s nothing they can do to prevent it. I like to call this mentality the “band-aid effect;” which I use to describe when an athlete (or client in general) only manages their symptoms with temporary “band-aid” treatments, as opposed to addressing the cause of the dysfunction. Rehab professionals like physiotherapists and athletic therapists are great resources if you sustain an injury and are in need of treatment. But if you don’t address the root of your injury (i.e. what caused it) you cannot prevent it from happening again; which will cause your athletic performance to suffer. Educating yourself is a huge asset to your performance. So don’t wait for a injuries to occur, prevent them from happening in the first place.

2. Go play other sports! I mean it 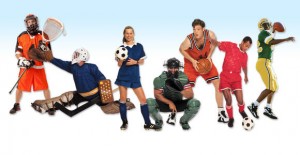 This might seem counter-intuitive, but if you’re a young athlete wanting to excel in one particular sport, one of the best things you can do is to play other sports too. Adolescence is a time where the body is growing, motor skills are being developed, and movement patterns are being ingrained. At such a developmental age, saying that you only want to specialize in one sport can be counterproductive to your long-term athletic performance. Therefore, focusing on honing your motor skills, movement competency, reaction times, thought processes, and problem solving skills can serve to benefit you down the road when you eventually do choose to specialize in a particular sport.

Bottomline: If you want to excel, go play other sports.

By following the strategies that I have outlined within this series you will see improvements in your performance, be miles ahead of your competition, and grow into a more complete athlete. This, I can assure you.

If you have any questions about any of the points that I have outlined within this post, or are interested in starting a training program that will help you improve your performance please don’t hesitate to reach out to me directly at chad@balancemotion.com.

Here’s to reaching your athletic potential!